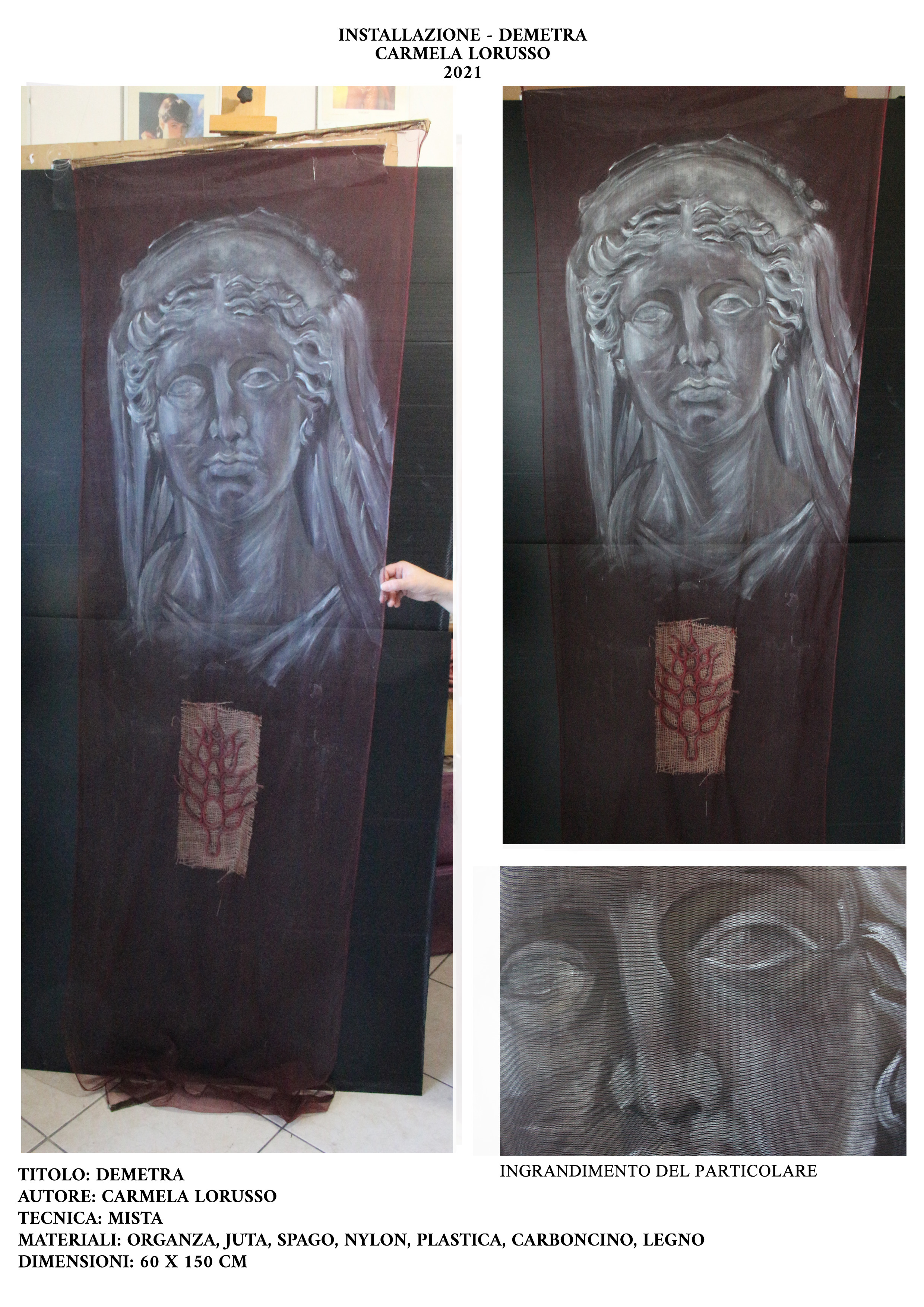 The installation entitled "Demetra" is composed of an organza cloth designed by a small piece of jute on which is affixed the image of an ear of corn, a symbolic element that distinguishes Demetra.

A black plastic sheet is placed behind the organza cloth, which will be installed hanging from a hook on the ceiling. I represented Demeter goddess of the earth because she is one of the most represented goddesses in Magna Graecia, protector of fertility, of natural and human fecundity, linked to the peasant tradition, to the cycle of seasons and cultivation.

Our roots (LINKS) are to be found in the archaic past. The past myths remain in the traditions and peasant culture, ritual folk festivals such as the festivals of the ear, and other folk events of which the Goddess is representative.

The myth of the mother who talks about her stay of three months in the underworld, teaches farmers the cycle of the seasons, when it is possible to sow, to cultivate. Sculptures of Demeter abound in the south of Italy, in Magna Graecia and we deduce that she must have been a very important divinity in ancient times, as it is still the cycle of the seasons, the earth and the cultivation of wheat. 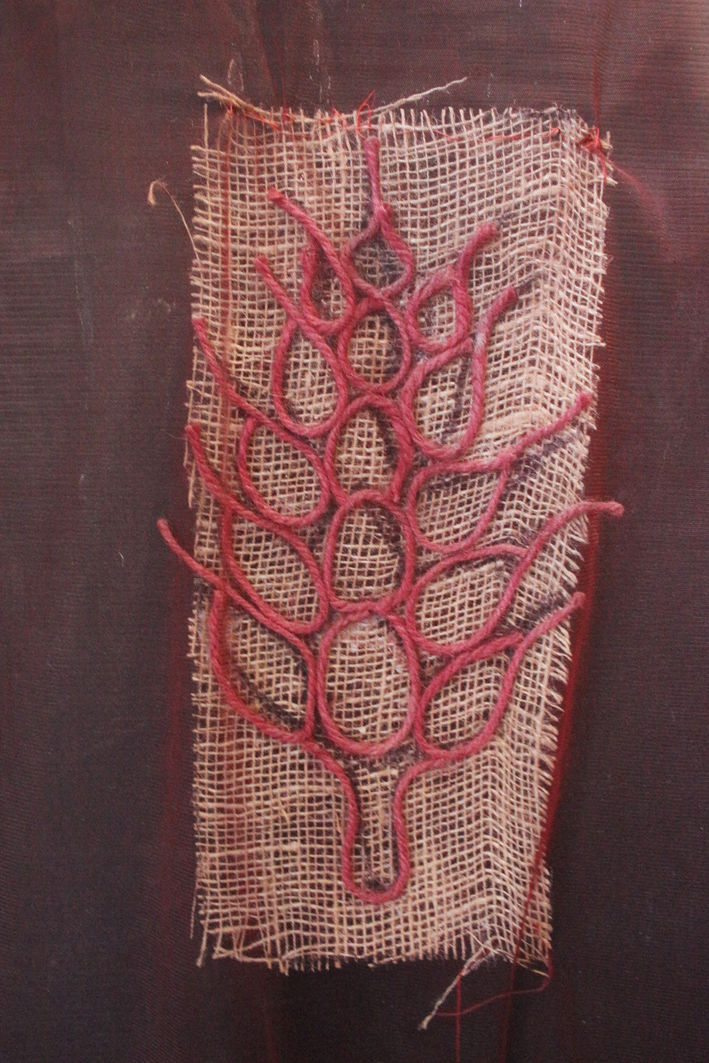 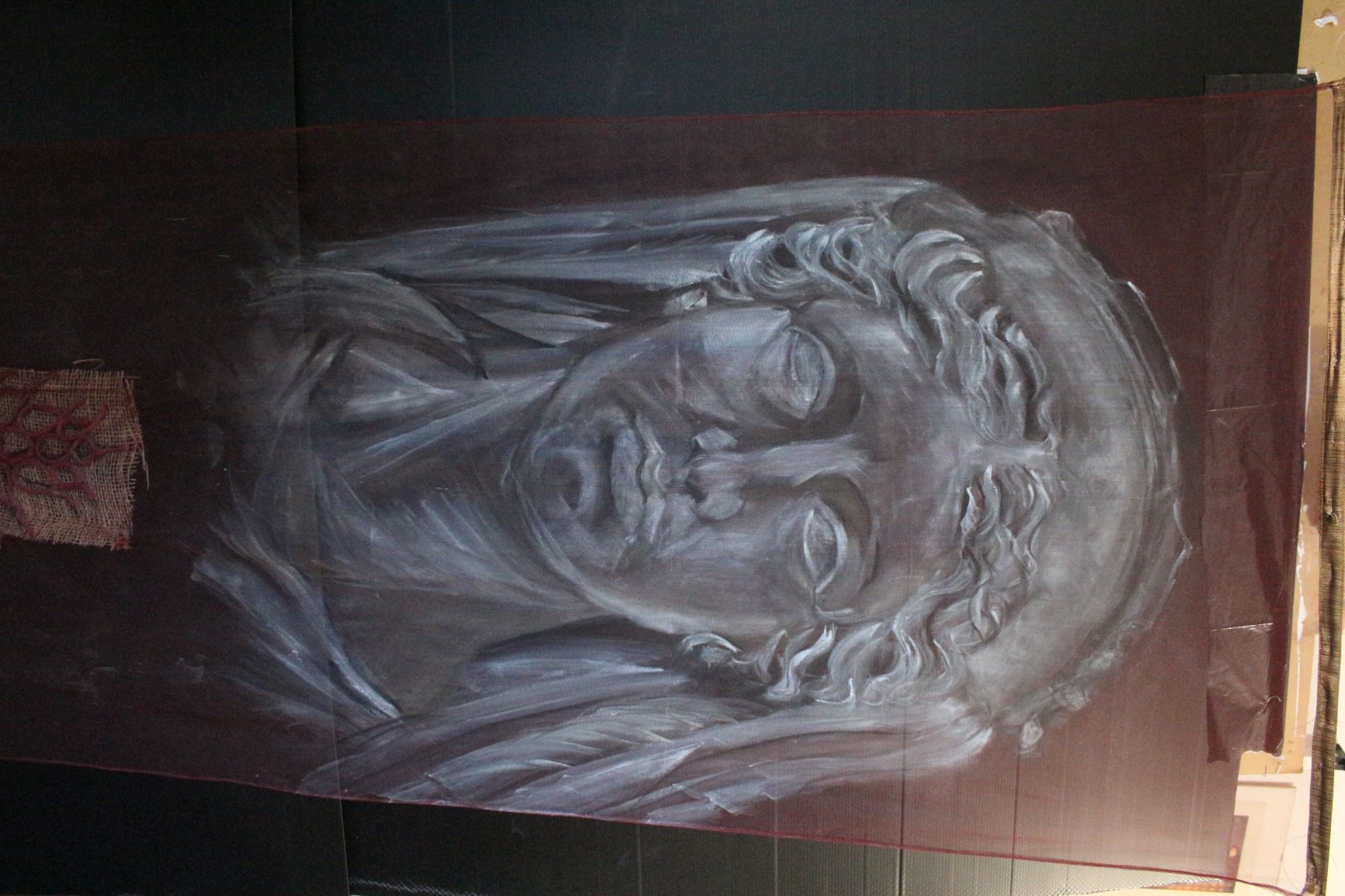 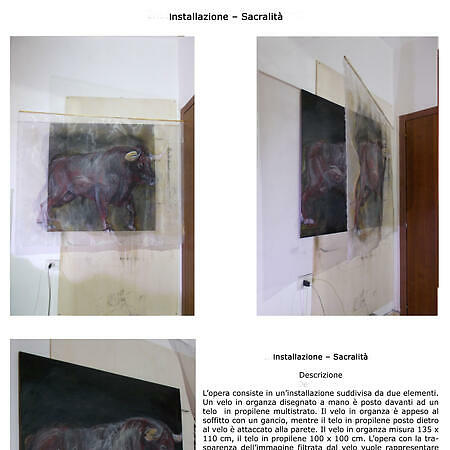