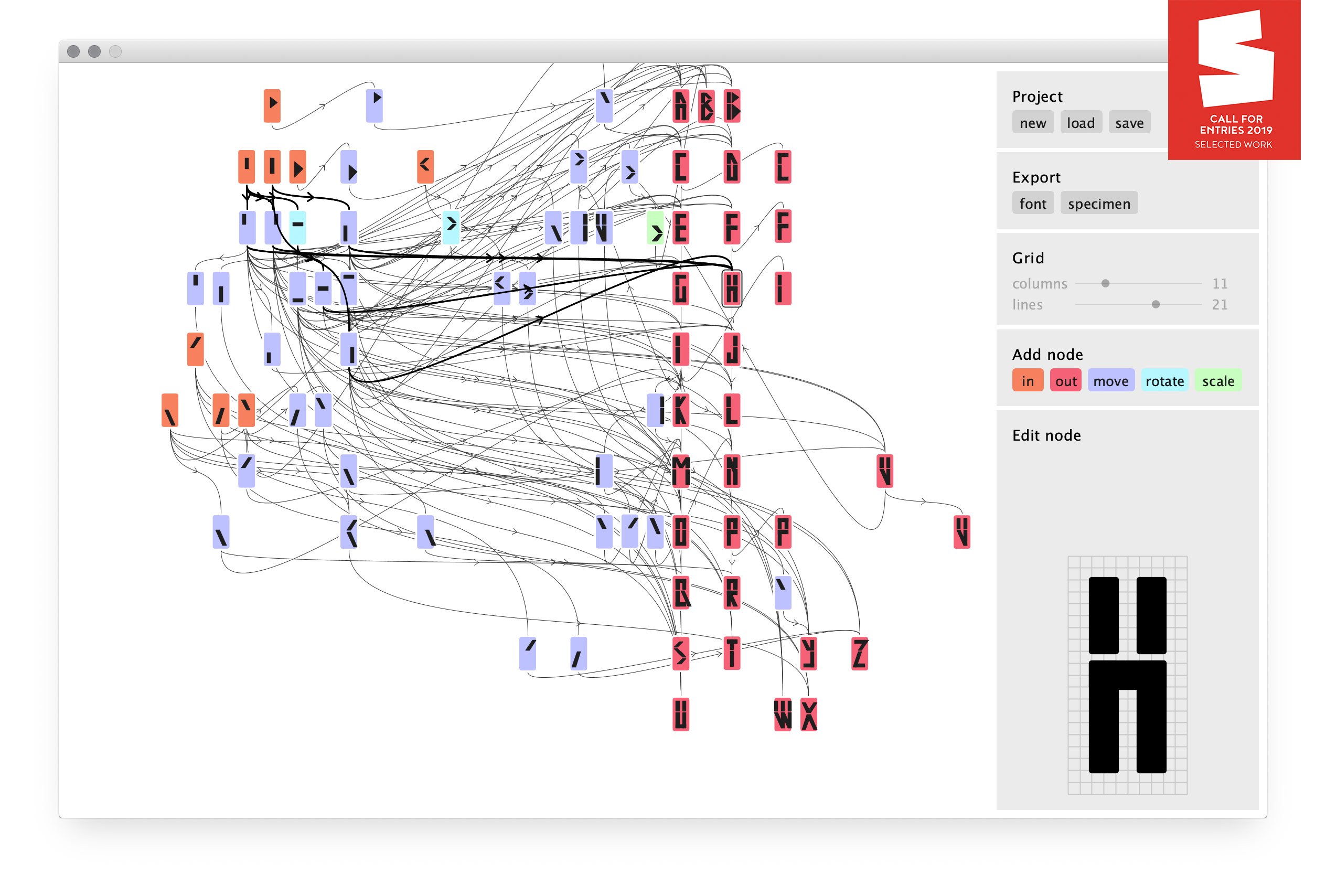 Designing a modular typeface typically involves the creation of geometric relationships between shapes that are repeated in the same letter and/or among different letters. One can see these relationships as workflows that follow a logic of input, processing, and output of shapes.

Therefore, the design of typeface can follow a step-by-step set of operations, or instructions, that enables the designer to create a typeface from a concept in an algorithmic way.

This way, we developed grammar-type, a system that allows anyone to design modular typefaces. The system allows the user to design a typeface by formalising a “recipe” that transforms a set of input shapes into glyphs throughout a node-based approach.

The user can, therefore, input a set of shapes that through a set of geometric operations are transformed and recombined. There are three types of operation nodes: move, rotate, and scale.

The relationships between the nodes are established by the links between themselves. The output of one node is passed as an input to another creating a flow of shapes from node to node.

This way, any modification in a node is immediately propagated to the following nodes and consequently to the final glyphs. In the end, the user can export the glyphs designed has a typeface and/or vector files. 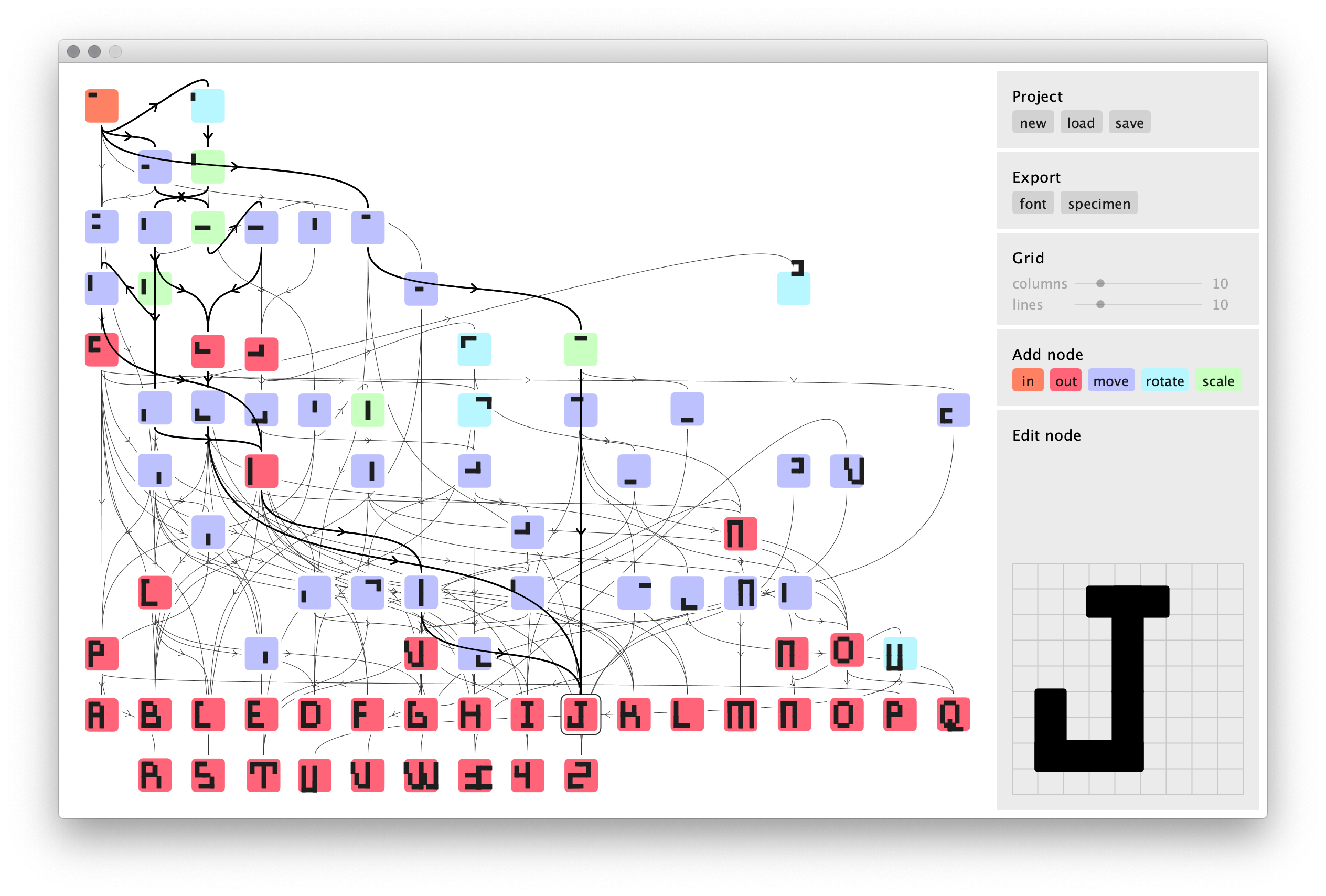