“Between the smoke and the mist. Sigfrido Koch Bengoechea” Exhibition 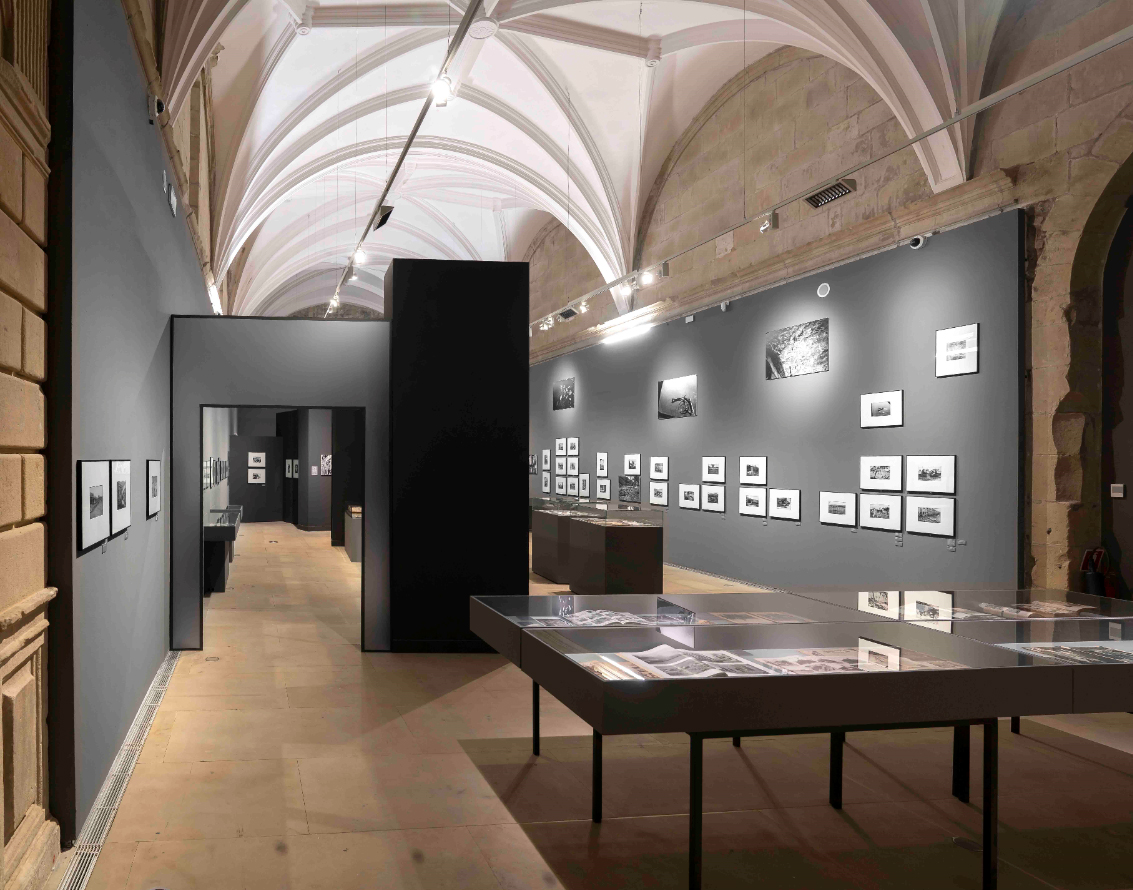 The exhibition “Between the smoke and the mist. Sigfrido Koch Bengoechea” shows 150 photographs structured in two themes: The first has as its axis the "Album of War", whose most notable content are the unreleased photographs of the effects of the bombings in the Basque Country by the Italian Legionary Air Force (Italy) and the Condor Legion (Germany) ( from Guernica to the fall of Bilbao), Ebro and Madrid during the Spanish Civil War; the second focuses on bucolic photographs, perhaps nostalgic, published in the book "País Vasco: Guipúzcoa" taken many years after the war destroyed his beloved country.

The exhibition design is also structured in two rooms in total opposition: the war room is solemn, with thick walls painted in black and soft lighting while the second room, the bucolic one, is a bright purple room that helps the visitor find some tranquility after seeing all the horrors contained in the first room.

The tittle of the exhibition, “between the smoke and the mist” refers to the smoke created during the bombings and the typical mist there is at sunrise in the Basque Country. This was a key concept to develop a strong and unitary graphic design that coexists in such antagonist spaces.

All the information displays are made out of semitransparent plastics and fabrics, giving a blurry atmosphere. The lettering of the main title is out of focus, reinforcing the concept of mist and also making reference to the photography itself.

Album of WarOne of the design challenges was to arrange such a large number of pictures in the space, taking into account the roughness and cruelty shown in most of the war images.

The exhibition combines dense photo displays with single-line photo ones to create a rhythm in the visitor’s path and time the awe. The central walls in the war room were designed as a geometrical abstraction of a bombed Guernica, taking as reference the house skeletons shown in the pictures after the village was bombed: thick and tall structures, the space is organized with those massive walls that recall destruction.

The photos of the bombings are arrange by villages and positioned one on top of the other, creating a vertical display: on top of the walls a selection of images taken from the bomber aircrafts are placed, creating a vertical action-reaction connection between the top photos, showing the bombs falling from the sky, and the bottom photos, with the washed away villages.

Also, the visitor is required to raise its sight to the top, exactly as the villagers did when they heard the planes approach. País Vasco: GuipúzcoaThe design aim in this room was to create an oasis of calm: the perimeter walls are painted in a sunrise reminding very light purple and the lighting is bright.

In this space the central walls are airy, made of metallic grids building rectangular structures up to 3m high. The pictures are placed organically in different heights and the visitors can see both the front and back side of the works. 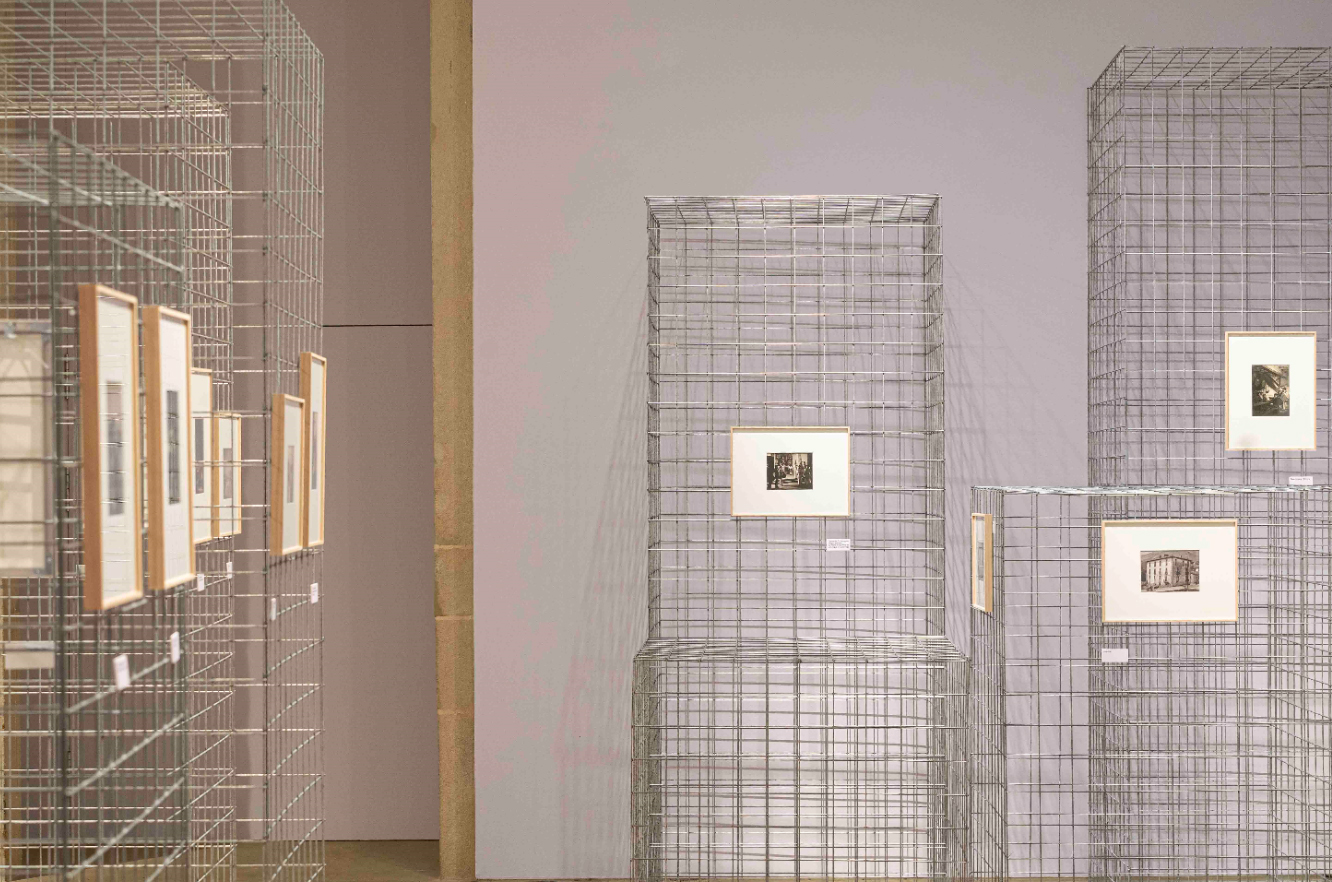 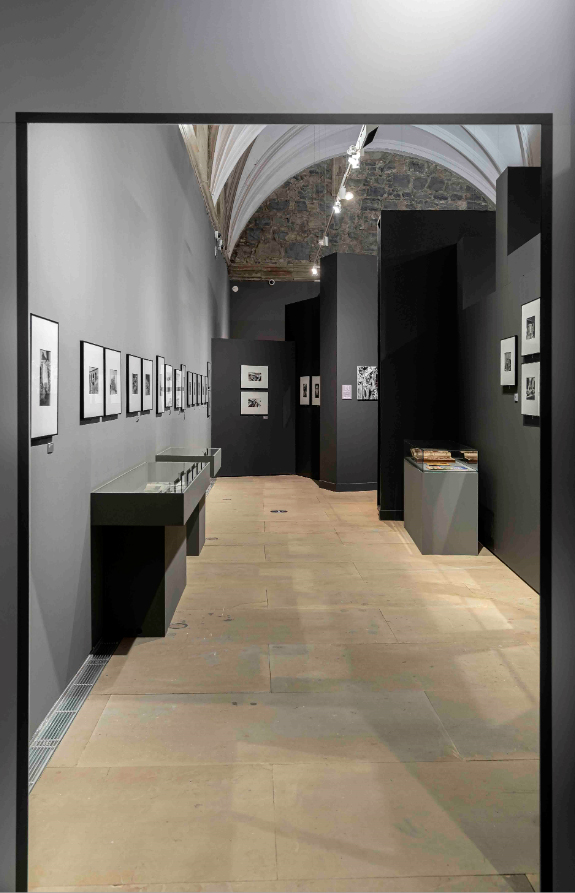