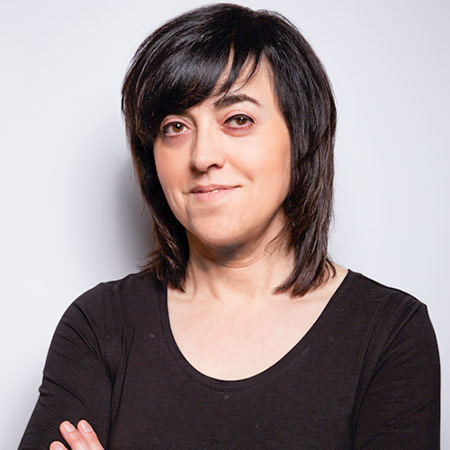 My professional career began in the early days of graphic computing in the 1990s. From my previous artistic training, working with traditional technologies, I always understood that if the computer image took a place in design and art, it should be as artistic and creative computing. The work I developed with Inforbook's Publishing, which consisted in writing, designing and producing 14 Manual books on digital and vector graphics, became a unique opportunity for learning, testing and reflecting on the proposals of digital and vector media. At the same time, I tried to bring a differentiated touch to what was a typology of manuals at the time. These years instilled in me a didactic and experimental sense in the digital and vectorial medium that would be reflected in my later work.

My graphic work became, for a few years, a constant experimentation in different aesthetic proposals arising from the vectorial environment. It was my contribution to the search of a cultural and artistic legitimacy of this medium from the field of illustration. In all my proposals, I liked to go to the beginning of the forms of expression, to the graphomotor, to a renewed concept of stroke and gesture that I had perceived in the digital medium.

My current projects acquire a didactic meaning because they entail a reflection and a thought about the teaching-learning process of the digital and vectorial medium, claiming the gestures, the stroke and the development of the graphic expression capacity. I define as "disruptive" methodologies a structure of proposals or vector experiences that involve an analysis and a reorganization of creative processes.

My work always keeps a space for art conceptualized from the world of my subjectivity and my concerns. Sometimes I do that work in vectorial. When this is the case, I investigate the medium, relating its possibilities with the practices most prone to art. I like to take the plasticity of the vector medium to an extreme. It is also a bet on the legitimacy of the vector medium in art.

The editions I make under the label ‘Noguera, trazos y libros’ (Noguera, traces and books) encompass several Author’s Products, some samples resulting from vector processes, Portfolios and other Artist’s Books which are a work of art in itself. I make and control the editions from my workshop in collaboration with an artisan bookbinder. I keep a totally personalized and direct customer service.

The creative works of Montse Noguera Muntadas on the community 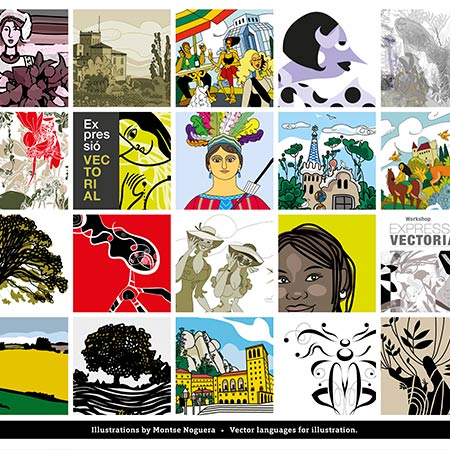