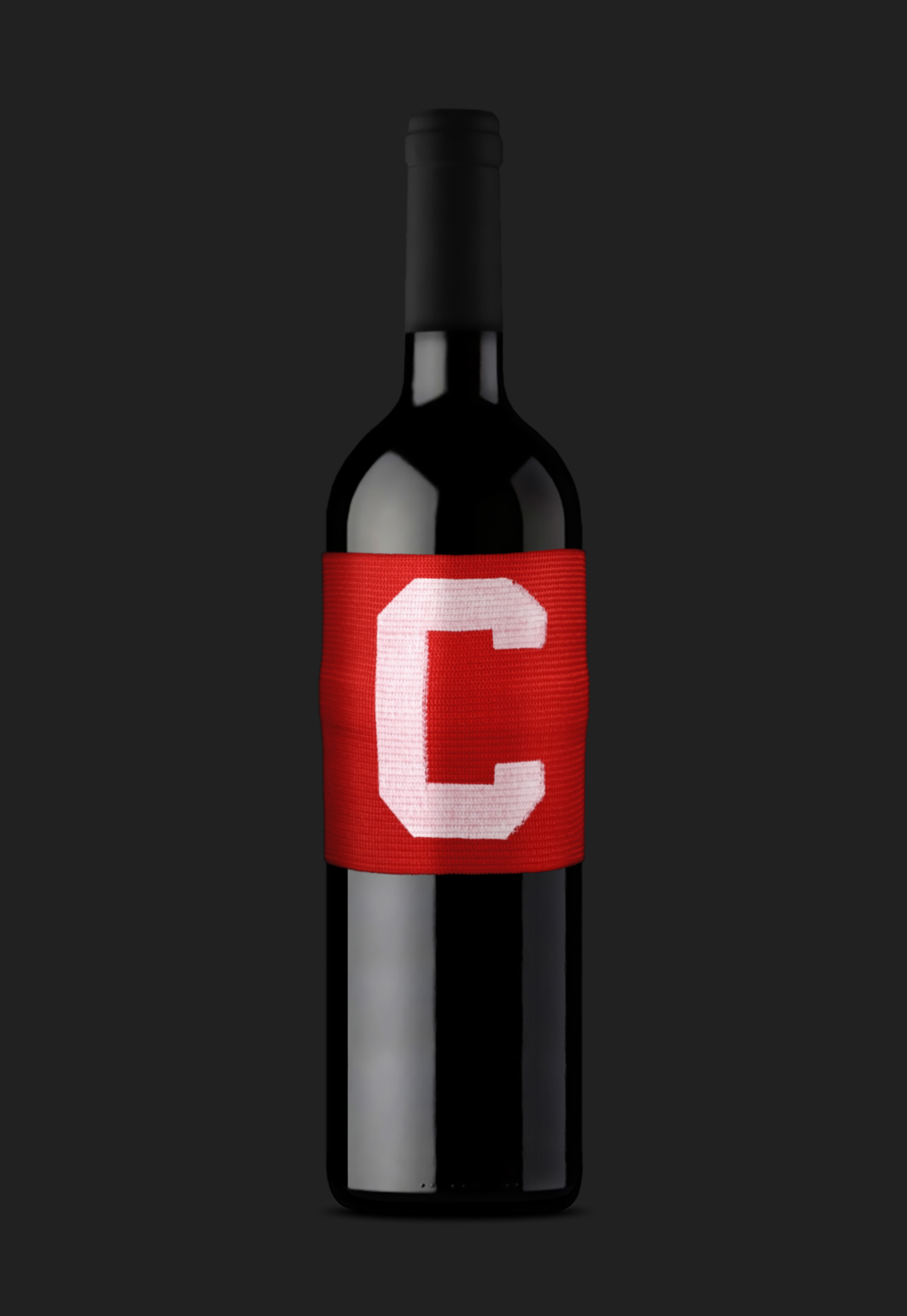 From Empodà’s coast arises the Captain. A limited edition of Mas Pagès table wine, serves as a tribute to the American Walt Whitman poem “O Captain! my Captain!”.

A piece popularized in “Dead Poets Society” movie. A textil captain armband, applied to the wine bottle, hides the label with the poem. Mas Pagès wants to give personality to a small roll of 2016 red wine. It’s a simple table wine, grown near the coast, but wants to give a local and human component.

The bottle can work as a gift and was translated to three languages (catalan, spanish and english).

Sometimes we should make a toast to those who, at some point in our lives, have been a guide, a landmark, a symbol, a leader or an example.

Following the captain's armband, we put the glasses on the table: Oh Captain! My Captain!. 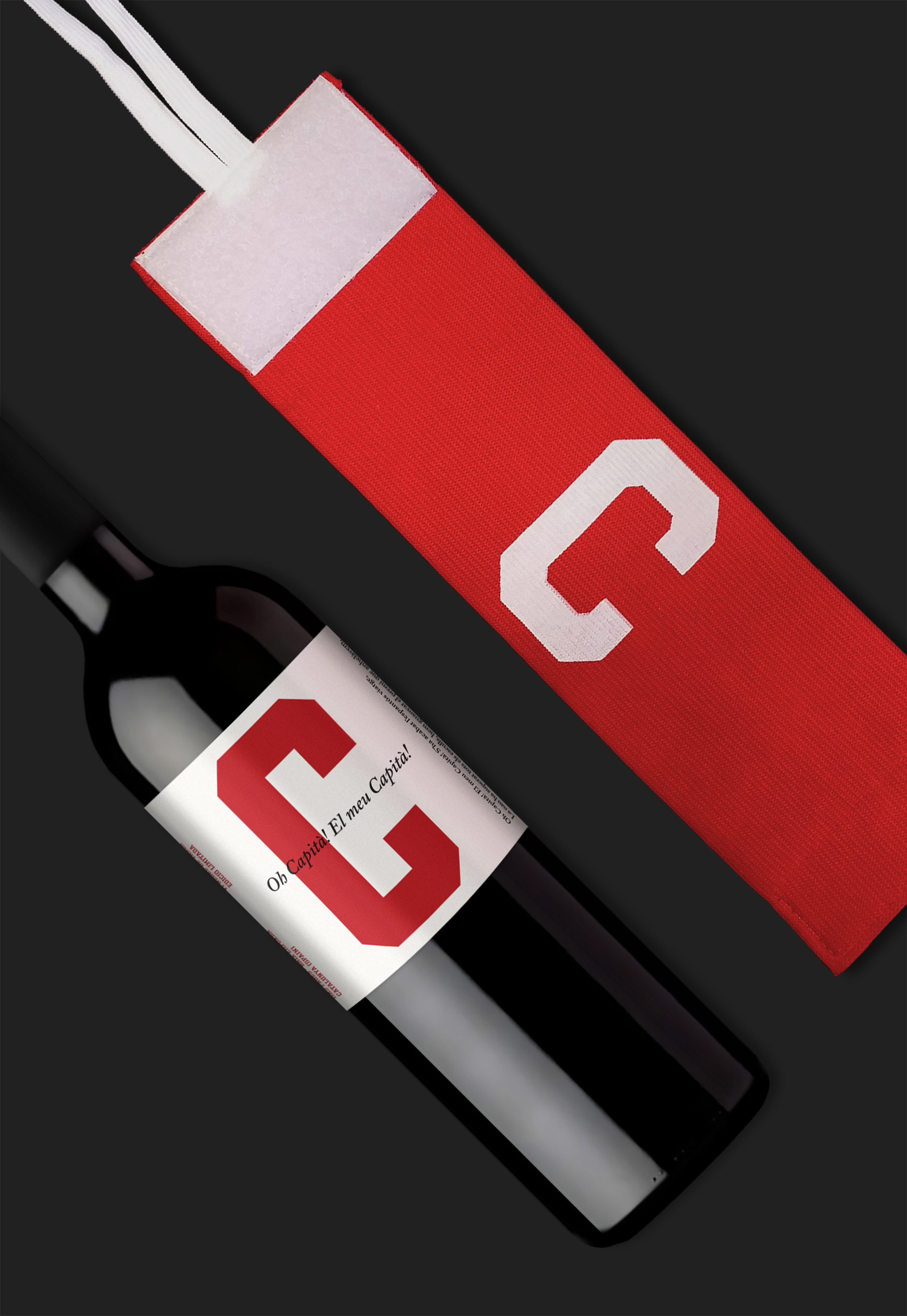 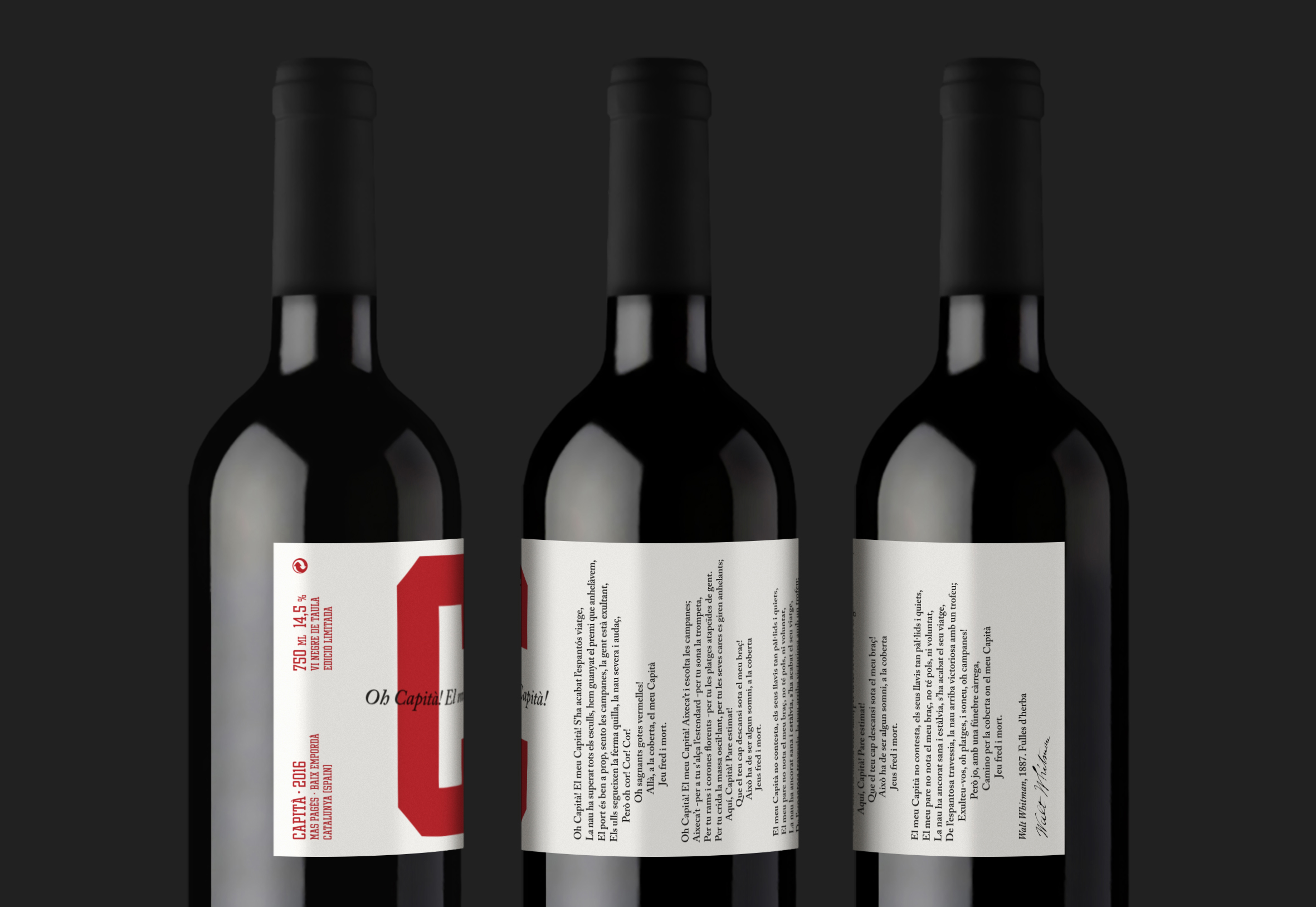 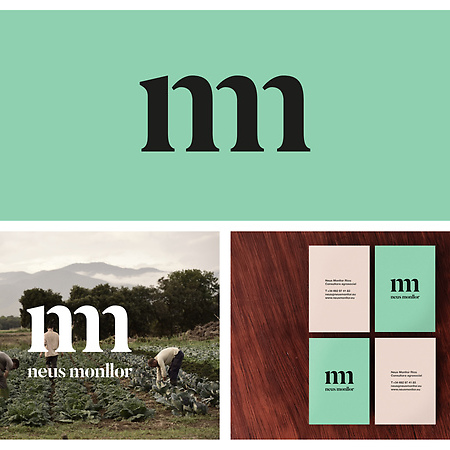 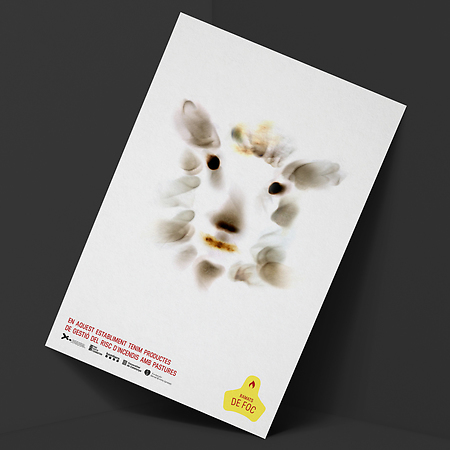 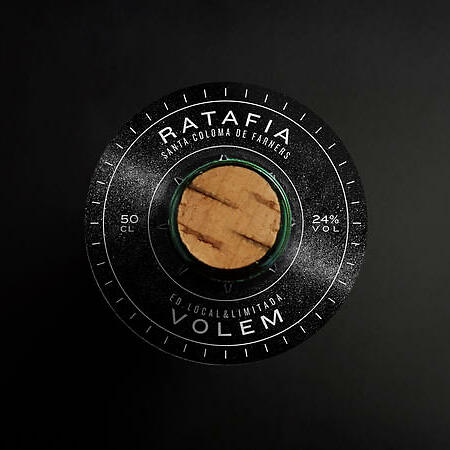