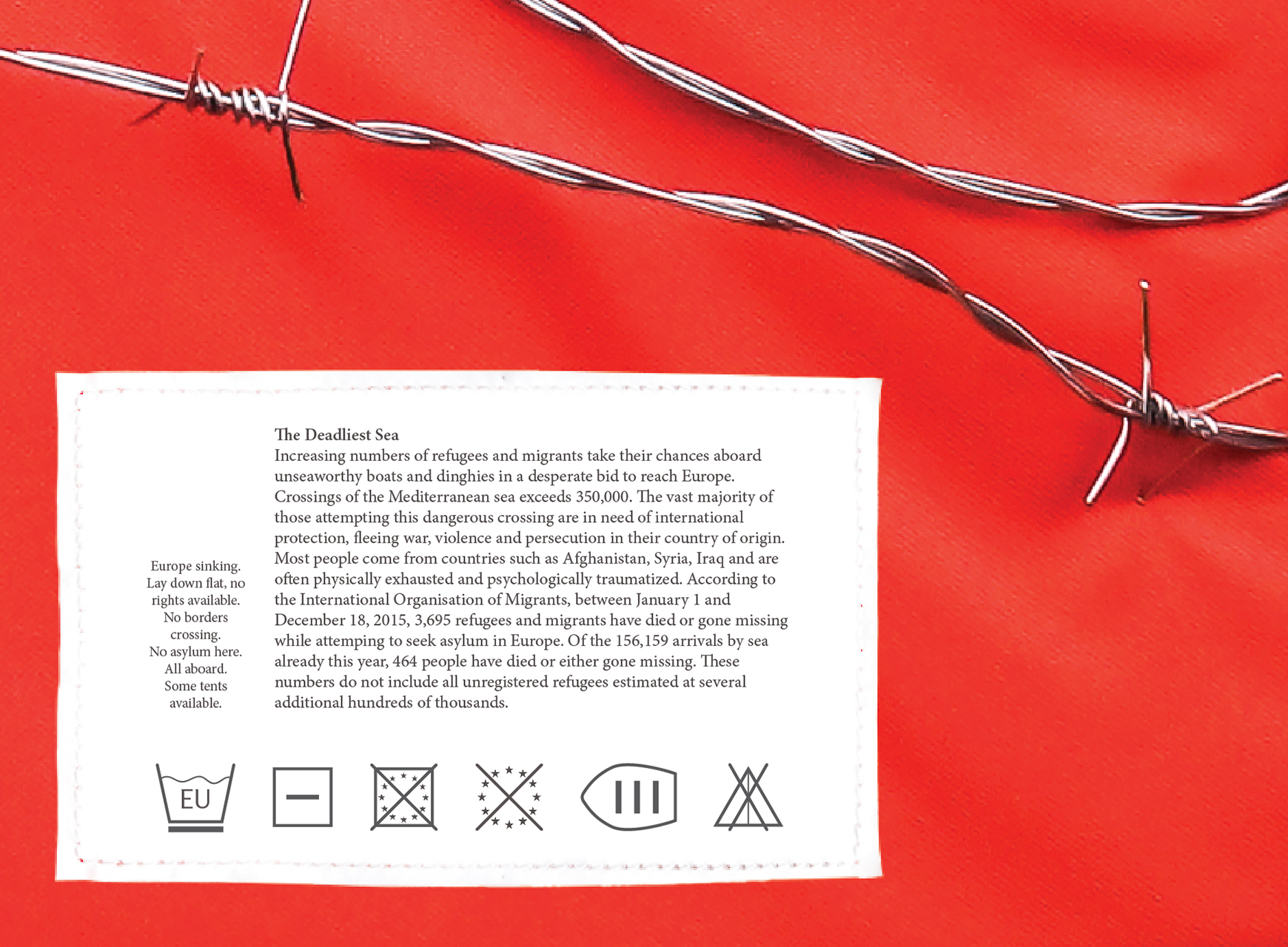 --Year 1912-- A young woman recounts her story of leaving Crimea with her family to travel through the Balkans in an attempt to migrate to Turkey, through fear of ethnic cleansing in the pervading climate of war and destruction at the beginning of the 20th century:

“As we crossed the frontiers, we were hiding our most precious belongings by sewing them up inside children’s vests.” --Year 2016-- The crisis that was triggered in Iraq back in 1990 has made the Middle East a practically uninhabitable place.

Proposal This poster is about empathy. People are risking their lives everyday while trying to flee war, while been treated, by some people, like they are the ones to blame for the crisis Europe is facing.

The ones who are lucky enough to make it on shore are facing difficulties everyday in their attempts to such as Germany, France, Italy, Sweden etc. 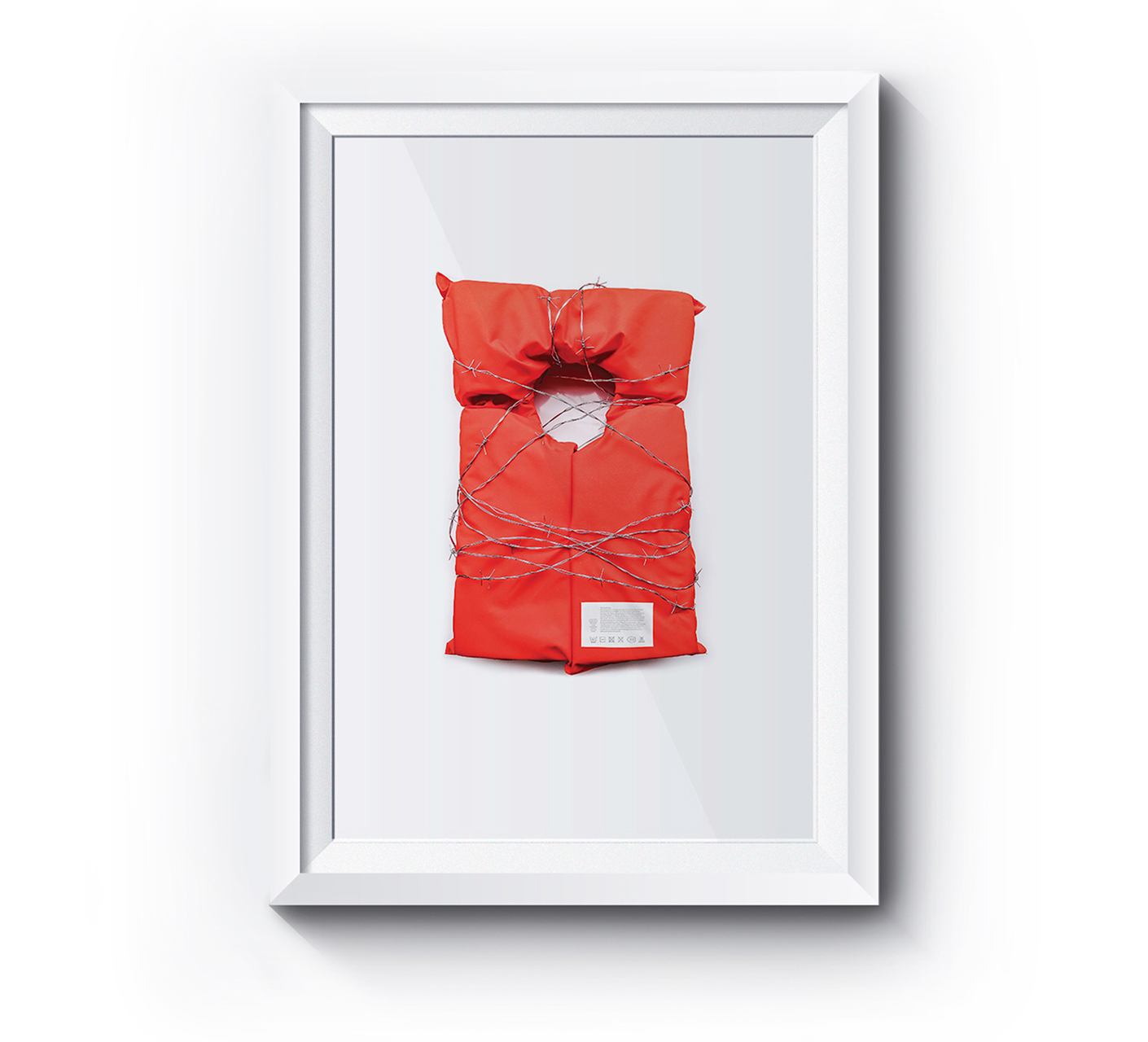 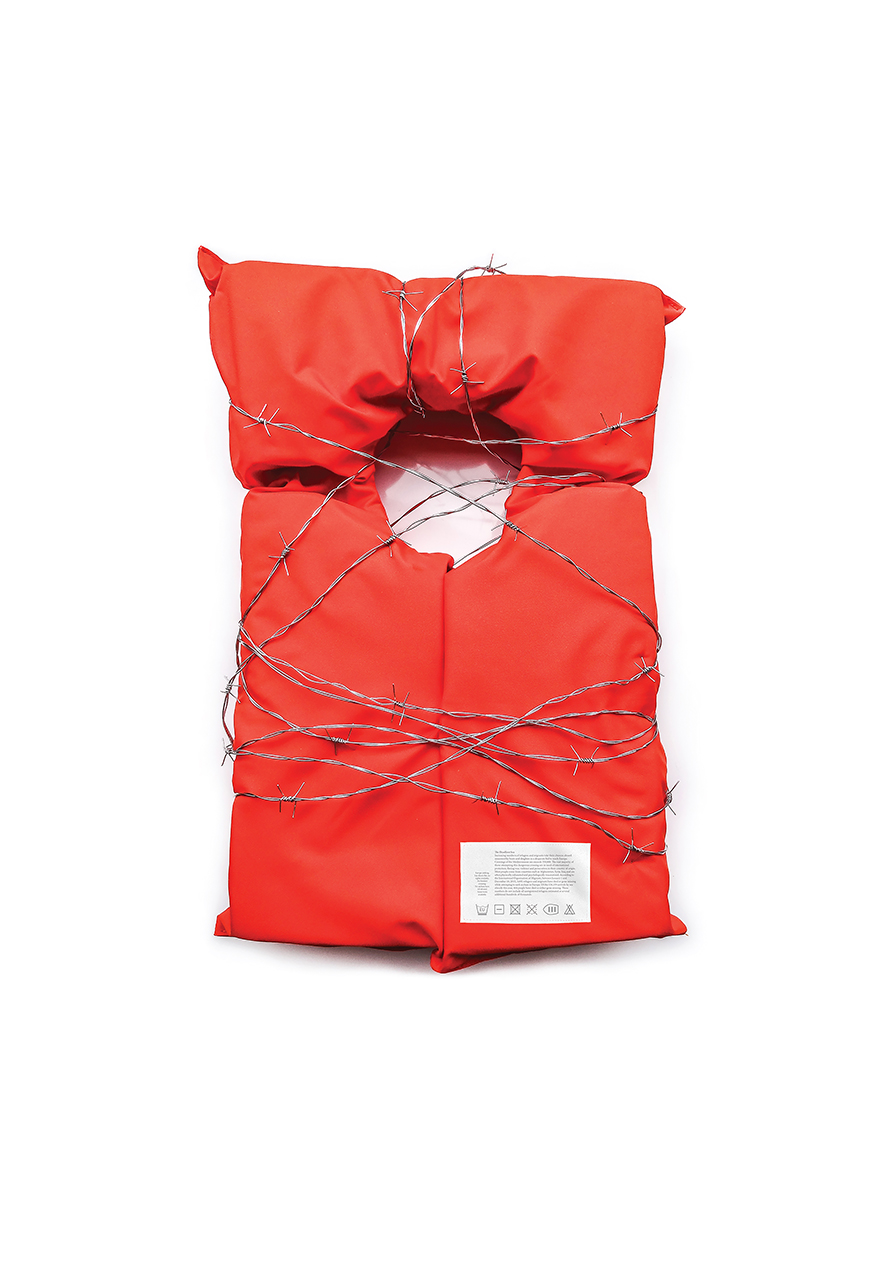 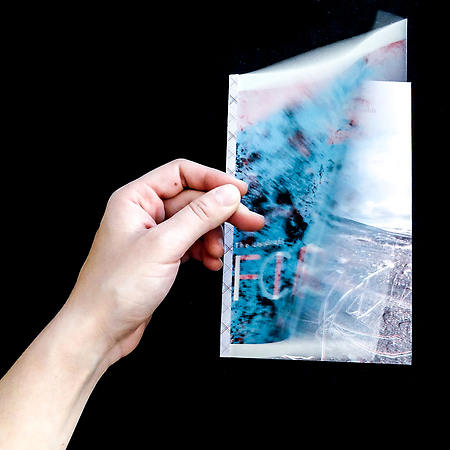