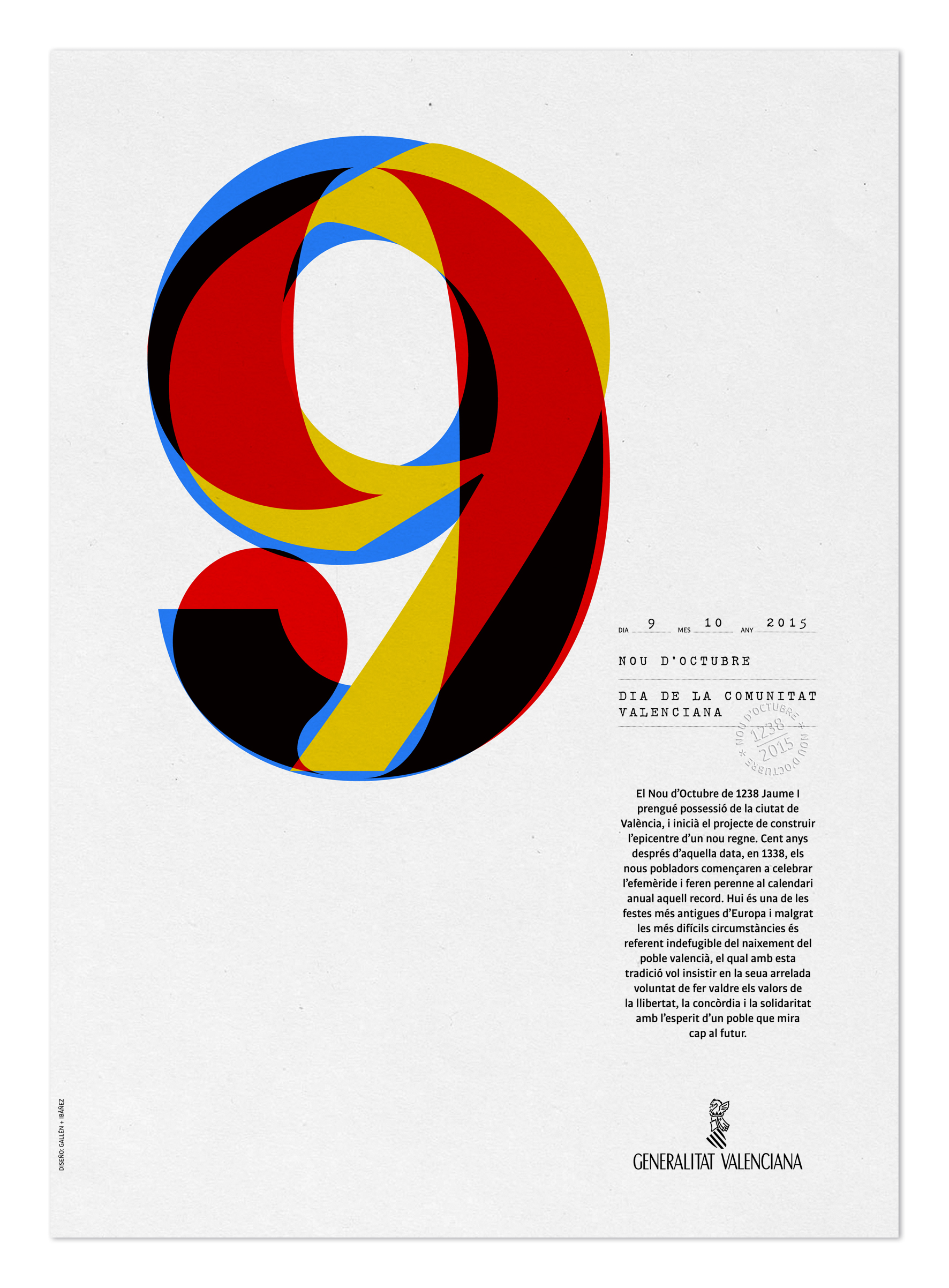 Poster commissioned by the Generalitat Valenciana in order to commemorate the 9th October, Day of the Comunitat Valenciana. The protagonist of this poster is number 9, which is configured by the superposition of three fonts: a Gothic, as it was used in medieval manuscripts; , a Roman Didona, used during the Age of Enlightenment and finally, an Helvetica, a common type from twentieth century.

Three fonts in three different historical periods to emphasize the longevity of this celebration, a festival that takes place without intermission since 1338 and has become one of the oldest festivals in Europe.

This number 9 is accompanied by a typewritten form that emulates an official document with its stamp, and a text prepared for this purpose by Rafael Narbona, professor of Medieval History at the University of Valencia, which briefly explains the origin and meaning of 9 d'Octubre. 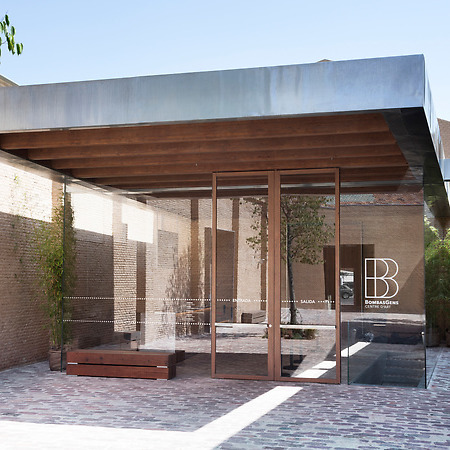 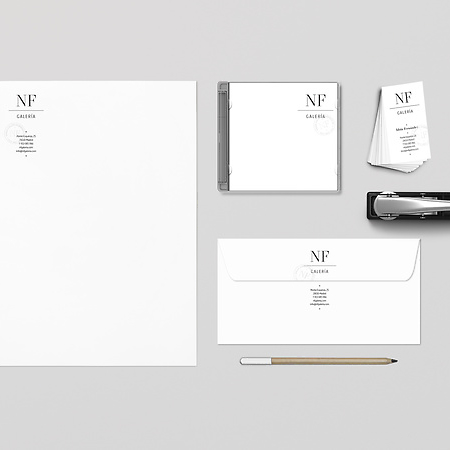 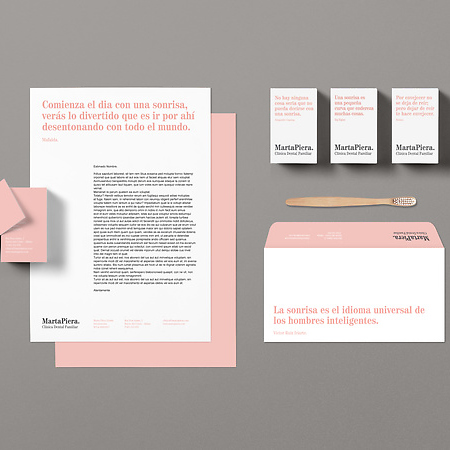